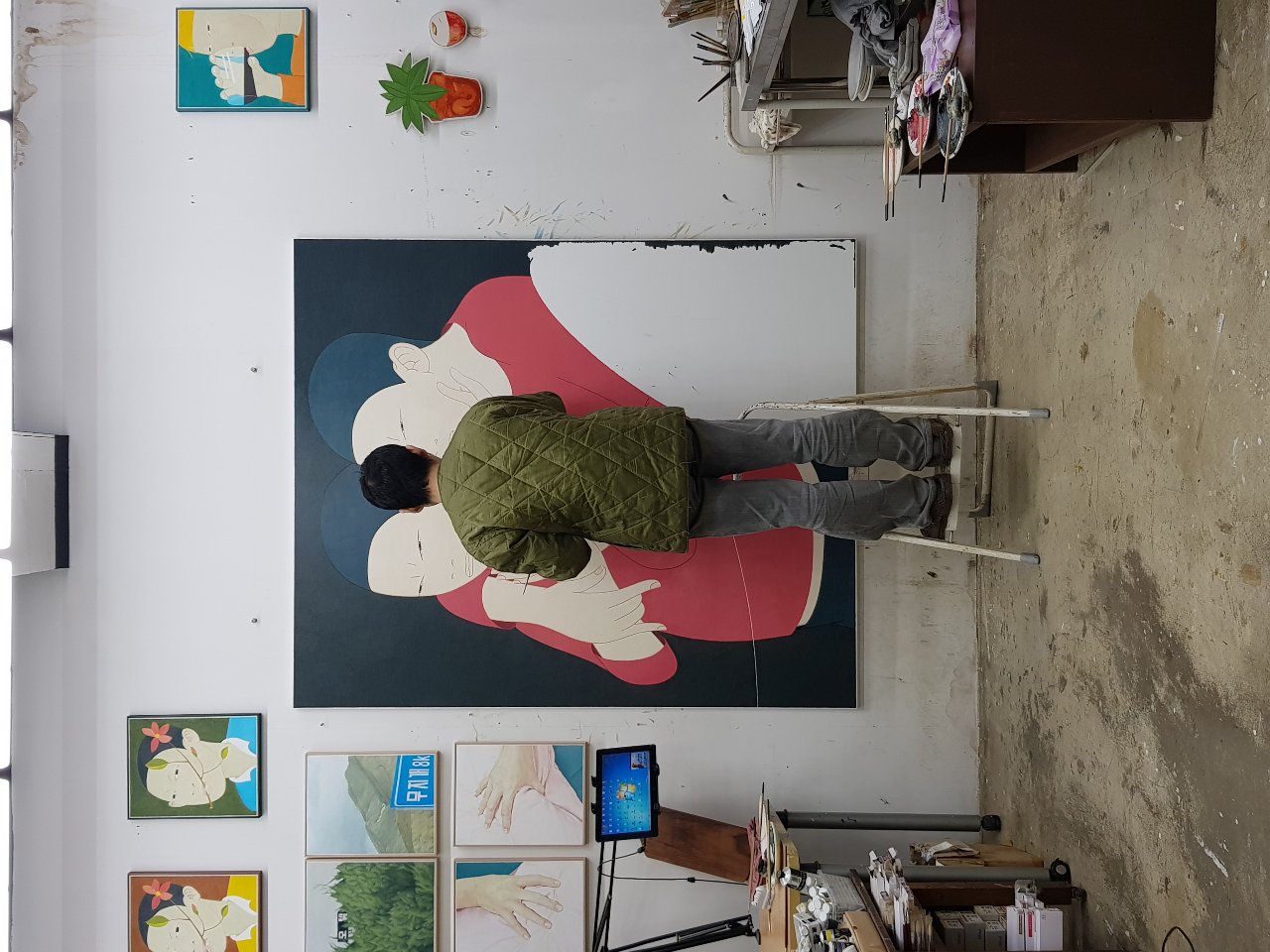 Byen Ung Pil studied painting for about 10 years in Germany's Muenster Kunst and showed off his self-portrait " Someone " series after returning home in 2006. His works call for a new reflection on human existence by showing the face of a universal human being, not a specific individual. It represents individuals that are not free from numerous preconceptions and prejudices with no expression and simple line handling. The image of men and women of all ages is different from ordinary self-portraits. There may be self-portraits of various variations, but in general, self-portraits, which are the subject of the canvas, are the inner silent cries that the writer himself has built up based on his experience and memories. Through this self-portrait, the painter and audience formed a consensus. Byun Ung Pil's self-portrait also communicates with the audience through this action. The style of erasing rather than filling may be an expression of the obsession as a painter, but these attempts make the audience focus on the inside rather than the exterior of the figure.