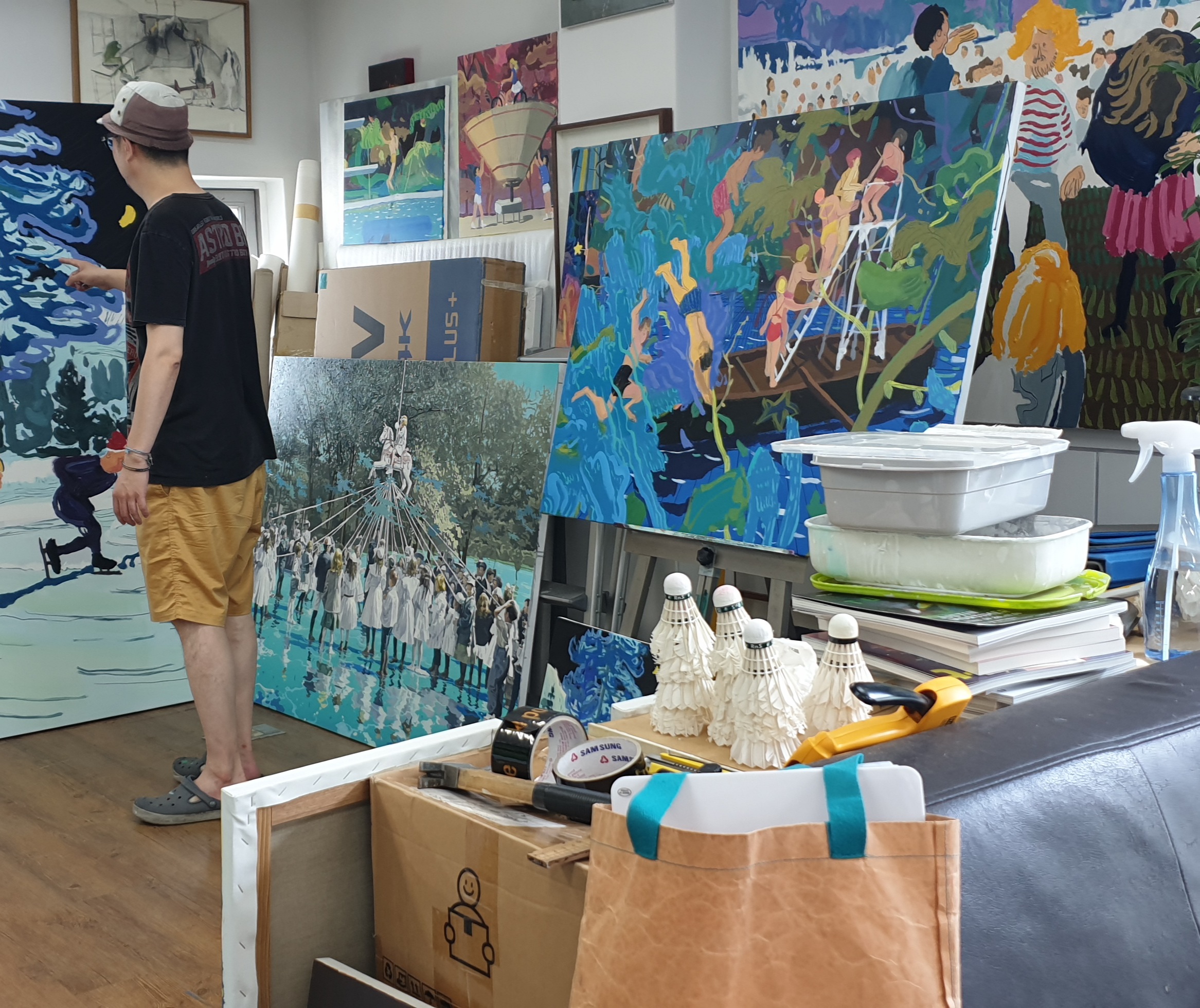 
Yoon Sang Yoon is gaining fame by recording a sold-out at the Hong Kong Art Central in 2019 and winning the grand prize at the 2019 Namdo Cultural Foundation's National Young Painters Contest. He draws abstraction from landscape paintings, embodying dreamy backgrounds and symbolic images of the human self. Yoon Sang Yoon, who uses both hands in the canvas, attempts to draw freely with instinct and sense that is not tamed with the left hand, unlike traditional paintings that he works with his right hand. Left-handed drawing, which features faceless characters just like the characters of a dream, gives his experience and emotions a feeling of being expressed immediately. As for the unidentified ambiguous atmosphere unfolding in drawing, Yoon says it " connects the form that is found by chance when a line is drawn for the first time or something passes by, Invoking the illusion and madness suppressed by consciousness ".